The Fairness of Gratuities

A conversation that is happening in the service industry, particularly in the restaurant trade, is that of gratuities and what to do with them.The question is, is it enough to tip share with the whole staff team? It does take an entire team to deliver a restaurant experience, after all. Is it fair for a worker in the service industry to have to rely on a patron's perception, biases, and experiences?

I recently had a conversation with a person who has had a lot of experience as a server in restaurants and bars. She has learned over the years that if she dresses a certain way the result is higher tips. If patrons know she is a starving student, then tips are larger. If she is perceived as someone who would spend money on things not valued or deemed appropriate or agreeable to the patron, then the tip is smaller. Formal studies have demonstrated this as well.

I feel as though this is really unfair if this is true because patrons aren't tipping based on service but for their own reasons, whatever they might be. There have been several studies done that confirm this. Bias plays a dominant role in tipping. It has been shown that women are tipped less than men. Race is also a factor in how much of a gratuity is given. 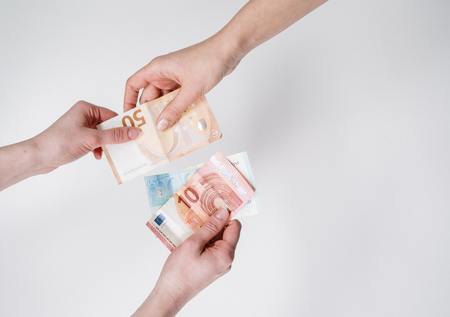 The problem with gratuities making up the lion's share of a server's wage is that it is arbitrary. Why should someone's wage be based on people's bias?

The effect of this on a server is that wages can fluctuate as much as 15-20%. One solution is to calculate the average tip amount for a service and increase the price charged to the consumer for that product and service. This is then passed onto the staff as an increase in hourly wages. It's an interesting solution as this has been a practice in Europe for decades.

This is also an interesting question for the salon industry as we have the same problem. Stylists depend on gratuities as a major part of their compensation. It can easily be five dollars an hour plus, depending on pricing. Many salons, like restaurants, depend on a team effort to deliver a service to a guest. These positions include front desk reception and assistance from apprentices or junior stylists. Tip sharing from senior busy stylists to younger support staff is not new to the business, it is a common practice. It is informal and not standardized.

I think it's time we opened up this conversation in the salon and spa business. In my view, it's time we took stock of our business practices. Change is necessary and will create new opportunities.