As the leader of an organization, a family at work and home, and notably—and most importantly—a leader of myself, I am always looking for ways to be clear, inspired and ready to get into action.

In my last blog, I spoke about empathy and the importance of it specifically towards oneself. I wanted to take this one step further and add curiosity to the mix. 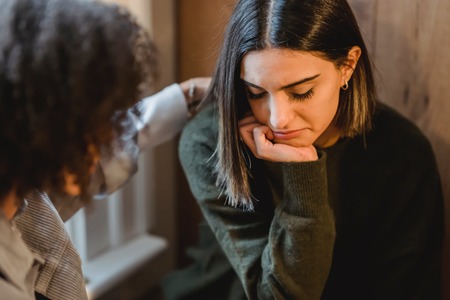 Photo by Liza Summer from Pexels

I was recently in a conversation with another leader of an organization that I know very well. We often get into deep conversations about life, as we both see ourselves and our business as being a positive contribution towards the greater good of our communities, as well as the people who work in them. She recognized that being intentionally empathetic and curious helped her to have more effective conversations. She found that these types of conversations were more productive, allowing for people to be released from the negative emotions associated with the given problem. As soon as she said this an example came to mind.

Very recently one of our team members at La Luma organized a charity event for our organization. Initially, everyone was excited and as the big day arrived other priorities began to interfere. As a result, the organizer of the event had fewer people participating in the event than was planned. The result was frustration and tears of upset.

All of this emotional upset became apparent to me as I thanked her for organizing a well-run and successful event—which it truly was! As I was empathetic with her, it became clear that empathy was not enough. On the surface, all looked good with the event. So why was her upset not dissolving? I was being empathetic with her, after all.

In comes curiosity. “What's got you?” I asked. “What expectations did you have around today and your team?” To which she answered that no one had bothered to communicate or involve her in the decision to change plans. She felt disrespected and excluded from the decision-making that impacted the event that she created and was responsible for. That was her experience—accurate or not!

Crystal clear! Got it! We both had a good chuckle and after acknowledging that she had been heard. We let it go for the time being.

The bottom line in this for me is that if I can first be empathetic and be curious towards myself and my humanity, as a practice as a constant vigilance, then I am more apt and able to do the same for others. I think that modelling this behaviour will enable others to be empathetic and curious about themselves and others as well.

The net result is that we have a happier higher functioning team that has a better probability of growth in the long run.