As the year draws to a close it is time to slow down and reflect on the year behind us and begin to start thinking about the coming year. As I am now well into my middle-aged years it has become more apparent to me that the workability of my life has everything to do with who I am being and becoming. In other words, context. Meaning the circumstances that form the setting for an event statement or idea and in terms of which can be fully understood and accessed. This is the Oxford dictionary definition which to me seems the most appropriate for this conversation.

Over the past fifteen-plus years I have spent considerable time and effort gaining command over myself. This is where I believe leadership starts. I am currently working with Chemin Shizard and his program Positive Intelligence. I have had some real insights into the nine saboteurs that run our lives and that we created when we were approximately 5 years of age or so. These saboteurs were created so that we as unprepared children could survive the world and the circumstances that we encountered. Most of this thinking and behaviour goes unnoticed, but all of us have been at the effect of someone coming at us in a hurtful way. We have also behaved this way to ourselves and to others as well.

I have found this both perplexing, sad and frustrating over the years. This same lack of harmony and workability affects the whole planet, particularly with regard to climate change. We have had very little success in handling this problem and other larger-scale problems like sexism, racism and other social justice initiatives. 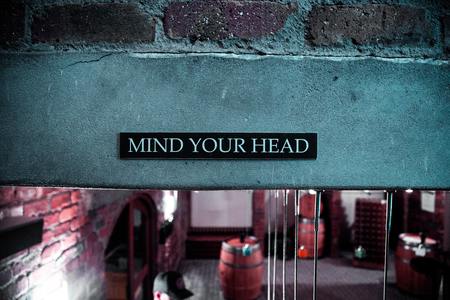 Photo by Arthur Brognoli from Pexels

In all of my self-development and self-command training I have done over the years, one aspect I have overlooked is the role of the amygdala or better known as the amygdala hijack, a term coined by Daniel Goldman in the 1996 book Emotional Intelligence. This is when the amygdala is engaged, the little walnut-sized part of the brain that takes over when we are threatened. It stops rational thought and any other part of the brain that would allow us to be empathetic or compassionate. The amygdala is also known as the reptilian brain.

It's clear to me that a good part of the time the amygdala and our saboteurs are running the show. The antidote which has been known for millennia is meditation or mindfulness. There is plenty of scientific research to demonstrate the rewiring of the human brain away from an amygdala hijacking to a frontal cortex response. The brain is malleable and in as little as two weeks of mindfulness practice, we can have different brain responses.

I have been practicing mindfulness for almost one year now and my ability to respond and not react to life's circumstances has changed for the better and improved the workability of my life.

Consider if you want something else for yourself, the people who you care for, and the larger issues concerning the people and the planet? The only New Year resolution you need is to commit to getting your amygdala unwired. If we don't then the juvenile reptiles will be running the show.